No Losing from Qualcomm, Here are 7 HPs with MediaTek Chipset in 2019! 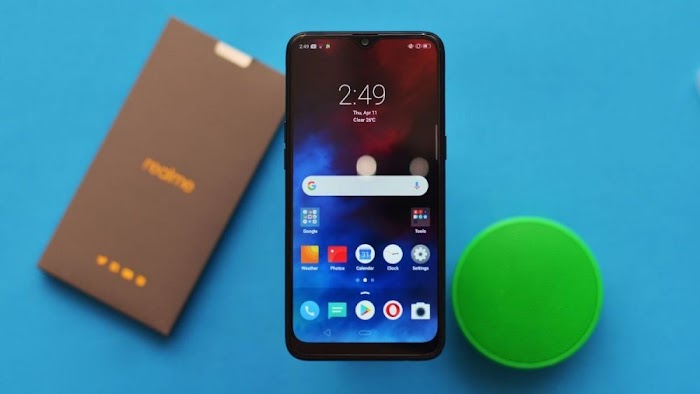 Android
Together with Qualcomm, MediaTek is present as one of the makers of chipsets or third-party processors for Android smartphones . The Taiwan-based company may not be as popular as Qualcomm, but in fact the chipsets they make have very good performance.

In fact, lately MediaTek is incessantly releasing their gaming chipsets to a variety of superior Android phones. For more details, just refer to the review about HP with the following best MediaTek chipset .

Considered the strongest mid-range phone at the moment, the Xiaomi Redmi Note 8 Pro is the first to be equipped with the Helio G90T chipset . This is a chipset that focuses on the gaming needs of MediaTek, which comes with 8 cores (two Cortex-A76 cores and six Cortex-A55 cores).

Motorola released many cheap cellphones in 2019 and One Macro will be one of them. This HP runs an Android One-based operating system and is armed with a Helio P70 chipset from MediaTek, 4GB of RAM and 64GB of storage.

The name Macro itself is taken from the 2MP macro camera that it carries. The macro camera joins the 13MP main camera, 2MP depth , and 8MP selfie camera. Plus, the One Macro also has a 4,000mAh battery, a splash-resistant body and a USB-C port .

Next up is Nokia 2.2 which is equipped with an entry-level chipset from MediaTek namely Helio A22. The chipset is accompanied by 3GB RAM, 16 / 32GB internal storage and a 3,000mAh battery.

Given the affordable price, the Nokia 2.2 is only equipped with a 13MP rear camera and a 5MP front camera. Even so, Nokia 2.2 entered the ranks of HP with the Android operating system so that it gets guaranteed OS updates for two years and security updates for up to three years.

Finally, the mainstay of Helio P90 MediaTek landed on Android phones and Oppo Reno 2Z became the first to get it. Helio P90 itself is claimed to have capabilities equivalent to Snapdragon 710, so that activities such as gaming can run smoothly.

Reno 2Z is ​​also equipped with 8GB of RAM, 256GB of internal storage and 4,000mAh battery. For photography, the Reno 2Z carries four rear cameras, each with a resolution of 48MP, 8MP, 2MP and 2MP as well as a selfie camera with a 16MP pop-up mechanism .

The C2 Realm might not be the strongest cellphone on the market today, but it is one of the cheapest and full-featured phones. The C2 Realm is powered by the Helio P22 chipset from MediaTek, along with 2 / 3GB RAM and 16 / 32GB internal storage.

Interestingly, although cheap, the C2 Realme has been equipped with a 4,000mAh battery capacity and two rear cameras (13MP, 2MP). Not only that, Realme C2 has also adopted a diamond-style design on the back of the body , for the sake of presenting a premium and aesthetic look.

Still from Realme, next is Realme 3 which was released earlier this year. With prices already coming down after the release of Realme 5, Realme 3 offers quite impressive specifications. It's like the Helio P60 / P70 chipset from MediaTek which is said to have the same performance as the Snapdragon 660.

The latter comes from LG with the W30, which is armed with a Helio P22, which MediaTek claims has a performance that is not much different from the Snapdragon 439. Accompanying the Helio P20, there is 3GB of RAM, 32GB of internal storage and a 4,000mAh battery.

In addition, the W30 also features a 16MP selfie camera that 'sits nicely' on a notch and three rear cameras consisting of a 12MP main camera, 13MP ultra-wide and 2MP depth . W30 can be an alternative for those who are bored with Xiaomi or Realme.