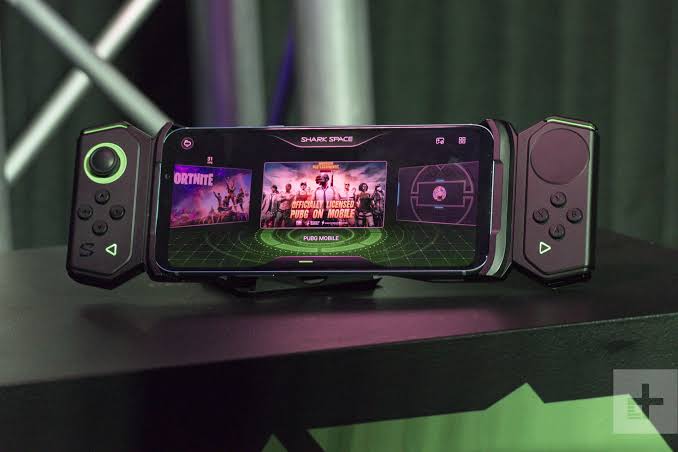 This Black Shark Duo 2 comes with an unbeatable class of god specifications. With a fast chipset, wide screen, jumbo-sized battery that is right for gaming. Curious what else the advantages of these two smartphones? Check the review below.

1. Powered by the best chipset in its class

While the Black Shark 2 Pro has a more powerful chipset, powered by a Qualcomm Snapdragon 855+ chipset with 8GB / 12GB RAM and 128GB / 256GB internal memory. With the same graphics card as Black Shark 2, the GPU Adreno 640.

2. A relief screen for gaming

Black Shark 2 has a capacitive touch screen with a 6.39-inch Super AMOLED panel that is perfect for playing games, watching videos and browsing the internet. The screen resolution of 1080 x 2340 pixels with an aspect ratio of 19.5: 9. Supports Always-on display, 100% DCI-P3, offers high pixel density and presents a high resolution that makes the screen look clear and bright.

While the Black Shark 2 Pro comes with a 6.39 inch screen with Super AMOLED Full HD + resolution, already supports DCI-P3, Always-on-display and has a refresh rate of 240Hz. Black Shark 2 Pro has an aspect ratio of 19.5: 9 with a pixel density of 403 ppi.

Black Shark 2 Pro also comes with a dual camera setup with a resolution of 48 MP wide lens and 12 MP telephoto lens with 2x optical zoom. The rear camera also features features such as LED flash, HDR and panorama. On a selfie camera on the Black Shark 2 Pro 20MP resolution.

5. Prices that are worth it

So for you who already have the same price from this gaming smartphone, see carefully the following prices. Black Shark 2 which is sold officially in Indonesia is only 8GB / 128GB variant with a price of Rp. 7.99 million. While the Black Shark 2 Pro is available in two variants namely 8GB / 128GB which is priced at Rp.8.99 million and the 12GB / 256GB variant is sold at Rp.10.99 million.

Now that's the full specifications and prices of Black Shark 2 and Black Shark 2 Pro. Black Shark is ready to compete with Asus ROG Phone 2 as the best gaming smartphone in 2019.