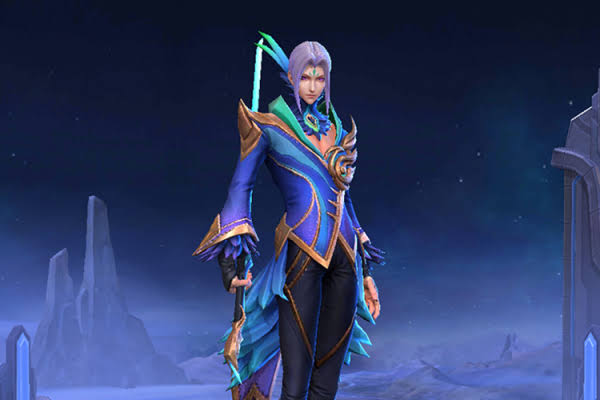 Games
For lovers of Esports, you must be familiar with the game Mobile Legends. This popular Mobile Game in Indonesia routinely releases new heroes every month. This November Mobile Legends will soon release a New Hero on the original server , Hero Ling with the Assassin role .

This latest hero is believed to be a hero that is quite popular and change the current meta. In addition to the type of Burst Damage that is owned, Ling also has a set of skills that is quite unique and relatively new in Mobile Legends. What skills does this Hero have, let's find out here!

Ling is a Hero who doesn't need Mana to use his skills , but uses energy to increase when attacking minions like Hero Fanny. With this unique passive skill , Linga can jump from one wall to another before releasing the skill .

While on the wall, Ling recovers two Lightness Points every second. Every time Ling deals damage to an opponent, he will recover five Lightness Points t. The uniqueness of Ling's passive skill makes him a hero with fairly high mobility in the game.

This is the skill that makes Hero Ling can jump from wall to wall using his energy . In this phase, Ling will become transparent and can move quickly. However, even though it is transparent, it does not mean that Ling cannot be attacked, with an enemy skill of type area of ​​effect can eliminate the effect of this skill . So, we must be careful in positioning this Hero when using these skills .

Ling also used his Lightness skill to jump over the wall. By using Lightness Point / Energy , Ling can jump around using this skill . Energy use will also be reduced along with the increase in skill 1 with a count of 30/28/26/24/22/20 in each level.

As already mentioned, Ling deals Burst Damage which is quite painful and deadly to the enemy hero, even the Tank. Ling will jump and stab the opponent who is determined using his Lightness Sword . If Ling uses this skill while on the ground, he will run to stab an opponent by dealing 70 (+100 percent Total Physical ATK) damage plus a Critical Chance of 25 percent as an effect on the Berseker Fury item .

If Hero Ling is in a wall / wall condition when using his skill , it will change to AoE and give a slow effect of 30 percent for movement speed with the same damage count when performing skills on land. Increased damage resulting skill is in line with the increase in level to 70/95/120/145/ 170/195 in each level.

Ling jumps in the designated direction and drops four giant swords to the opponent in an area (AoE) that is large enough for 2.5 seconds, and deals 250 (+200 percent of Total Physical ATK) damage to the enemy Hero who is in his ultimate area. .

This skill also gives a Knocked Up effect to the affected opponent. After that the area becomes a Sword Field that Ling can take one by one for his sword to reduce the cooldown of his 2nd skill . This skill certainly gives great damage to opponents even for Hero Tank though.

As we can see the Ling skill will also have a Critical Damage effect on the opponent. Item Berseker Scarlet Phantom Fury and is most appropriate for Ling. Besides being able to provide additional attack speed, there is also an additional 40 percent Critical Damage .

For emblems that are used it is still recommended to use the Assassin emblem, of course, for the addition of Critical Chance and Cooldown Reduction which is quite high. The Assassin Emblem also provides additional Physical PEN which is very useful for killing enemy Tanks.
,
6. Join the Oriental Fighter Hero

Together with Zilong and Baxia and Wanwan, which had just been released on Advanced Server , Ling joined the Hero Oriental Fighter, where all of the heroes had a background or story to each other.

It seems that Moonton himself is eager to provide a background or plot of a strong story and interrelate with each other from all Heroes.

For those of you who are interested in having this unique Hero, you should immediately prepare your Battle Points or Diamonds because this Hero will be released on Original Server on the 2nd November 2019!
Load comments
Subscribe to: Post Comments (Atom)