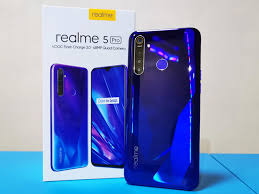 Android
Large batteries are one of the priorities in this day and age. We know, humans can not be separated from smartphones, because there are also those who make money through smartphones, such as online shops  or who like to play games.

With a long-lasting battery, of course you don't need to keep the charge going and be carried away all day. Well, there are recommendations for jumbo battery smartphones that you can buy!

For Samsung fans, there is also a rhino battery smartphone from Samsung, and it's still warm because it has just been released in Indonesia. Using Exynos 9611, triple camera resolution of 48 MP + 8 MP + 5 MP, front camera 16 MP with infinity U design and 6000mAh battery. The price is Rp. 3.1 million for the 4/64 GB variant.

Samsung M20 can be said to be somewhat "old school". But because of the large battery, there are still many who are looking for it. Using an Exynos 7904 processor, dual cameras, each with a resolution of 13 MP + 5 MP, a front camera with an 8 MP resolution with an infinity V display and a 5000mAh battery. The price is Rp. 2.8 million for the 3/32 GB variant.

A smartphone with a large battery will certainly be more stable for people with high mobility. In addition to not having to carry the hassle of carrying powerbank , you also don't need to be afraid of running out of battery because the batteries are large and durable.