5 Nickelodeon Game Series You Must Play, Exciting and Funny! 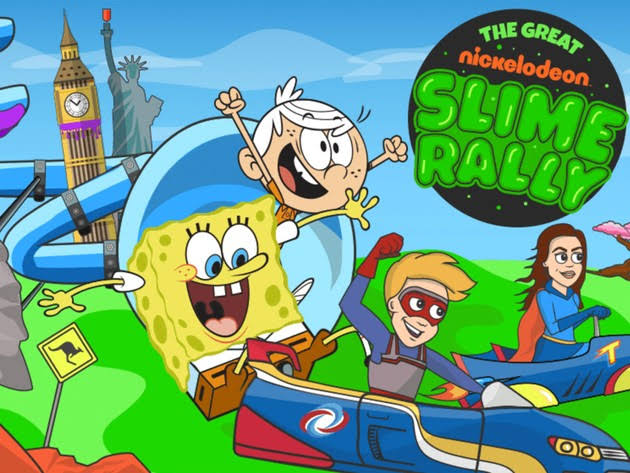 Android Games
So far we have often seen cartoon series from Nickelodeon that are not only funny but also adorable, such as Spongebob Squarepants, Rugrats, Hey Arnold, and others.

And apparently the cartoon characters are not only seen in the series, as for some video games that present exciting and interesting storylines followed.

Of course, for those of you who really like Nickelodeon's various cartoon shows, you should really try to play the following games.

Nickelodeon Party Blast is a party game produced by British game developer Data Design Interactive. In accordance with the genre, this game presents gameplay where you have to choose from eight characters and play 20 levels and six different party modes. And in each mode has a variety of bosses that must be defeated.

This game was launched on October 2002 on Xbox and Microsoft Windows. And also glided on the PS2 device in December 2002.

Nicktoons Unite is an action-adventure genre game that was released in 2005 and 2006, then comes on PS4, Xbox and Game Cube devices. This Blue Tongue Entertainment video game can be played single player or multiplayer.

In this game the player can control four characters, namely Spongebob Squarepants, The Adventure of Jimmy Neutron, Danny Phantom, and The Fairly Odd Parents. Then they must work together to defeat the various villain characters from each series.

Then there's another SpongeBob SquarePants game featuring Nicktoons: Globs of Doom which is the last sequel of Nicktoons Unite!

Just like its predecessor game, this game also presents characters from Spongebob Squarepants, Danny Phantom, The Adventures of Jimmy Neutron, Tak and The Power of Juju and Invader Zim. And they are required to defeat the villains who are trying to control the Earth.

This action-adventure game has been released since October 2008 which is present in the Nintenso DS, PS2, and Wii.

Next there is the Nicktoons MLB game which is a baseball sports game produced by High Voltage Software. This game can use various characters found in the adorable Nickelodeon series of course. In addition, this game is also equipped with the main characters in the actual MLB.

Finally, Nickelodeon Kart Racers is the latest game in the Nickelodeon game series. This video game has been launched since October 23, 2018 in North America and in Europe on October 26, 2018, and glides on PS4 devices, Nintendo Switches, and Xbox One.

While this game presents characters from 12 characters in Nickelodeon cartoons, such as Spongebob Squarepants, TMNT, Rugrats, and Hey Arnold to choose from. In addition, there are 24 track models that can be chosen to do the match. Not only that, this game can be played single player and multiplayer which makes it more exciting.

Those were some of the games from the Nickelodeon cartoon series that were definitely interesting to play alone or with friends. Which game have you played?