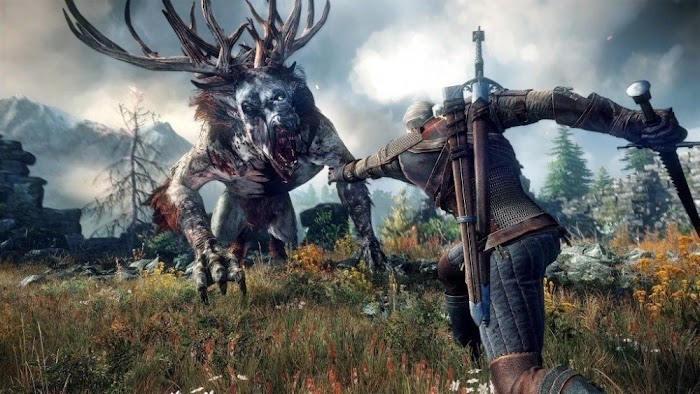 Games
For most gamers , PC is the media of choice for playing various favorite games . Because the PC has a wide screen and is more flexible so that the sensation of playing will be more pronounced.

Unfortunately at this time, many of the PC games that require internet to be played. Though we are not always in an area with WiFi and do not always have sufficient internet quota.

But don't worry, there are still many games that can be played offline and don't require a large RAM.

Many gamers who claim that The Witcher 3: Wild Hunt can make them addicted. Here you play the role of the protagonist named Geralt Rivia. He is looking for his missing daughter.

But on his way, he had to deal with a variety of terrible monsters. Even without the internet, this RPG has stunning visuals so that the setting, monsters, and all the action look like real.

Who doesn't like these cute yellow creatures? If you want a game that is both casual and funny, try to install Despicable Me: Minion Rush. This is a game with endless runner genre .

You must collect as many items as possible to increase points. That way, you can try a variety of new strengths.

Still about endless runner games , the next recommendation falls on Sonic Dash. You have to run, avoid all obstacles, and collect as many items as possible to score a high score .

But remember, there are enemies that you will face while traveling. Make sure your character is equipped with weapons to fight it!

This strategy game is suitable to play when you have free time. Civilization is touted as one of the most phenomenal games in history. So no wonder if the demand is very much.

Here, you are challenged to build an empire from nothing, completely from vacant land. This version has more complete visual, audio, and feature options than the previous version.

5. Prince of Persia: The Forgotten Sands

Prince of Persia: The Forgotten Sands is a game with action and adventure genres . The character you play is The Prince with a mission to save the kingdom.

There will be various adventures and fierce battles available to you. So, make sure you finish each level well huh!

Running in 2032, Prey is a first-person shooter game that will take you to a planet called Talos 1. Here, you will carry out a mission to capture an alien named Typhon.

He wants to kill everyone who is running a space project. But you must be vigilant because these aliens can turn themselves into trivial objects around you.

Do you like racing games ? Try to install Real Racing Nitro Asphalt 3D on your laptop or computer.

There are many choices of cars that you can drive, just need to collect points to try them all. When you are behind the wheel, you will see a very realistic arena, graphic and sound effect display .

Candy Crush Saga is one of the best and most played puzzle games . Games that are also available on this smartphone have been played by millions of people.

Your only task is to place the same candy so that they turn into points for us. The higher the level, the more challenges.

This Windows game output successfully packs Minesweeper more attractively. The visuals, challenges, and sound effects are more modern and neat. Get ready to look for treasure and avoid the mines that are installed.

Grand Theft Auto or known as GTA is a controversial game that is very attractive to gamers . Players must commit various kinds of violence in it. Starting from stealing, breaking into certain places, to killing people.

For formal play , you can play it without the internet. Another case when you want to play together with your friends or multiplayer mode .

That's the recommended offline game for PCs with various genres. Which one do you think is interesting to play? If you have other recommendations, please write in the comments column, ok?